What Can Financial Service’s Service Management Processes Teach Us About GRC?

Posted by Meghan Lockwood on September 13, 2016

If you’re a ServiceNow customer, you’re probably familiar with the platform’s bread and butter functionality – IT Service Management. From there, you likely expanded into customer service management, asset management, or other related modules. But what about some of ServiceNow’s less-well known modules that focus more on business management?

Business management apps in general, and GRC specifically, are very hot right now. According to ServiceNow, business management app revenue grew to be over a quarter of the company’s total revenue in the last quarter – with GRC being the lynchpin of their business app strategy. Here at Acorio, we have seen GRC app implementation requests doubled in just the past four months.i 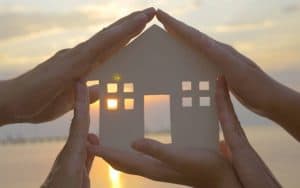 Let’s start at the beginning, by defining the GRC space. The elements of the Governance, Risk and Compliance universe include:

As you can imagine, those three bullets include an enormous amount of data, process, complexity, and other challenges. (We will parse out additional elements of GRC 101 in future blogs.)

Financial Service Regulations You Should Know

In the financial services industry alone there are numerous regulatory agencies including the Federal Reserve System, Office of the Comptroller of the Currency, and the Securities & Exchange Commission. Companies need to be compliant with financial accounting standards, legislation like Sarbanes-Oxley, and industry-specific regulations [1].

Of course, financial services aren’t the only industry to deal with GRC – every industry including utilities, retail, and travel, is in a similar situation. And it’s a never-ending chase to make sure you’re compliant, since regulations are constantly being added and modified.

How to Eliminate Manual GRC Processes

The major challenge with most GRC internal processes: companies have a ton of data to track and tabulate. Even today, much of this cumbersome work is done manually, which makes it hard to manage, and takes up time that could be used to think strategically about how to protect your company from systematic risk.

GRC software frees up that time by helping companies automate the processes around discovering, aggregating, and reporting the data governments and regulatory agencies need regarding how a company is complying with laws and regulations, such as the Dodd-Frank Act. To help this painfully manual process, companies can implement GRC software to:

Did you notice those benefits look very much like the benefits you can get from service management? Making manual, intangible processes into traceable, tangible workflows with a single source of data integrated across the platform isn’t just a goal for your Service and IT teams. These workflows are a key reason why it makes so much sense to expand into GRC from your core service management implementation.

Instead of treating GRC as a unique problem, you can get results faster by leveraging all the best practices and tools from your existing service management implementation. Leveraging ServiceNow for GRC specifically improves on GRC apps by providing:

Valuable on their own, those benefits are magnified by the power of ServiceNow as both your GRC tool and back-end Service Management system. By linking your daily business operations and compliance efforts, you will see faster initial ROI, and returns that annuitize over time. Rather than a bolt-on effort, incorporating compliance into your regular work processes can give you a competitive advantage – adding pace to your go-to-market strategies and improving visibility for any problems that come up.