What’s New in ITIL V4, and Why You Care from the Guy Who (basically) Wrote the Book

ITIL V4, the latest version of arguably the worlds most popular ITSM framework, has been released.

It’s been a long time in the making, this release was announced over two years ago at the itSMF Fusion 2017 conference, and it’s been nearly eight years since V3 was released. The highlight of the new ITIL update is a newfound focus on joining existing ITIL guidance with best practices from DevOps, Agile, and Lean. In fact, it’s reported by Axelos that this version was developed by more than 150 industry experts plus a new ITIL Development Group, which consisted of more than 2,000 members from the world’s largest organizations.

These two factors might be what ends up moving ITIL in the right direction and is Axelos’s way of responding to their two biggest criticisms – the relevance of ITIL, and its relationship to the wider community. In the past couple of years as the ITSM industry, and the universal application of service management has rapidly changed, ITIL V3 from way back in 2011 has struggled to keep up with changing trends.

Living entirely in the ServiceNow ecosystem, we happen to have a few of our own ITIL experts who also happen to be at the top of the modern service management evolution. As the V4 release date was drawing nearer we turned to Ian Clayton, Acorio Sr. Business Process Consultant, and asked him; what was different? and why does it matter?

Here’s what he had to say.

1. ITIL V4 is not just for the process owners anymore but speaks to a larger audience.

“This is fertile ground and good territory. From a digital and IT strategy and from a higher velocity IT perspective I think that [ITIL V4] is where the executives have been for a long time now.”

We know from our own client experience that executives have always been focused on “driving stakeholder value” with their processes, but ITIL V4 is also in response to more modern “add-ons” like continuous delivery DevOps – where development and operations teams are no longer siloed in separate teams. With ServiceNow, we see these highly agile teams and individuals working across application lifecycles (from development to testing to deployment) but no longer just for IT, for the entire enterprise.

They have recognized where the market is, and they have painted a path to get industry leaders up to speed.

2. Despite the long gap (or probably, because of it) ITIL V4 hasn’t yet addressed a few key elements.

3. If you’ve already invested in ITIL…

If you’ve already invested in ITIL, chances are it’s worth it for you to catch-up and get certified with V4. ITIL V4 does, for all intents and purposes, advance the higher level thinking within your organization.

“If you have invested… this is probably what you have been waiting for. Maybe what you wanted back in 2011 to begin with, but it’s now a step towards what you need for your organization plus something that will help you in the here and now.”

When asked to dig a little deeper into this, Ian explained that if you’ve already had a basis in ITIL, then V4 is actually a very tangible (and manageable) shift left, towards the needs of a contemporary enterprise and the digital consumer.

4. Be on the lookout for more.

The ITIL V4 Foundation resets the traditional IT Service Management thinking from process centricity to customer centricity.  This is an important adjustment.  It’s heading in the right direction and here’s to hoping the follow-up on publications and information sources continue to help us all on our journey as service provider organizations, and individual professionals.

Whether their plan is to release additional books, courses, or micro-certifications in the future, it’s not quite clear but we do have high hopes for continued material along with this version.

5. V4 is more grounded than ever before.

To finish, I asked Ian what was one thing he was really surprised about and enjoyed about this version. His answer was a small one – ITIL V4’s foundation book includes a lot of role-based scenarios to ground the seemingly lofty practices back into the business.

Making it real.  The scenario-based backbone conversations the reference provides is a welcome addition. It helps connect disparate concepts and methods, and the process of translating theory into practice.

“And that’s golden. All-in-all a real positive step forward by Axelos in this ITIL update, a step closer to the world we live and work in today.” 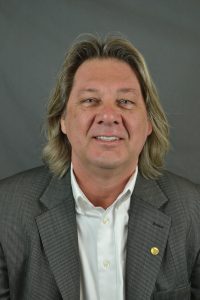 Ian Clayton is a veteran IT practitioner, with over 35 years of practical experience managing and consulting to information technology organizations.

He is the author of the Guide to Universal Service Management Body of Knowledge (USMBOK™), a recognized pioneer and thought leader in the service management industry, and specializes in establishing customer-centric strategies and solutions designed for the digital age. Ian is also a co-founder of the itSMF USA, recipient of the ITSM industry’s Lifetime Achievement Award for 2005, was selected and holds several important industry qualifications including:  Certified Service Management Professional™, and ITIL® V3 Expert, having helped introduce ITIL into the USA in 1995, delivering the first USA Service Manager course, and first international Expert class (World Trade Center in Mexico City with 100% pass rate).